In January, General Mills changed its original Cheerios recipe so that it no longer included genetically modified (GMO) ingredients. Switching to non-GMO recipe only involved changing a few ingredients.  The main ingredient oats has no commerically available GMO form so this change only affected the genetically modified corn starch and cane sugar. General Mills hoped this change would help with Cheerios declining sales.

On Thursday Forbes reported that the new non-GMO version of Cheerios was not significantly increasing product sales and after this test run General Mills announced it wasn’t planning anymore non-GMO products. The question to be asked has enough time passed for there to be a shift in consumer purchasing habits.

I went to a local supermarket and searched the shelves for Cheerios. I found that both the non-GMO and the GMO versions were still available. The non-GMO was in a small box and the other was in a family friendly size box. It took me a while to locate where on the small box it stated that the product contained non-genetically modified ingredients. In actuality the label stated “Not made with genetically modified ingredients. Trace amounts of genetically modified (also known as “genetically engineered”) material may be present due to potential cross contact during manufacturing and shipping.”   This type of labeling might discourage someone who is committed to not eating GMO foods from purchasing the product.

The marketing of this product by General Mills on the supermarket shelves did not give a strong indication that the cereal contained non-genetically modified ingredients. If I had not known to look for the labeling I probably would have missed that information.  It is possible that sales in this short period of time had not increased because of lack of consumer awareness that the product is GMO free. Other than articles on the internet from advocates of non-GMO food and news organizations, I did not find any marketing campaigns from General Mills about the removal of the GMO ingredients. The whole marketing strategy of the product has me wondering if General Mills really wanted the non-GMO version to be successful.

Comparing the labeling of the two versions I noticed the some of the vitamin and mineral content in the new product has changed from the original version of Cheerios. Potassium has increased by 10 mg while riboflavin has decreased from 25% of daily recommended value to 2% magnesium has also decreased (from 10% to 8%) but not as dramatically as riboflavin. So although these two products are supposed to be similar and reading the ingredient label indicates that there is an obvious change somewhere in the processing.

It is unfortunate as reported in Food Business News that Ken Powell, the chairman and chief executive officer General Mills, has decided based on the short trail period of non-GMO Cheerios availability that other products would not be reformulated.  Too bad. 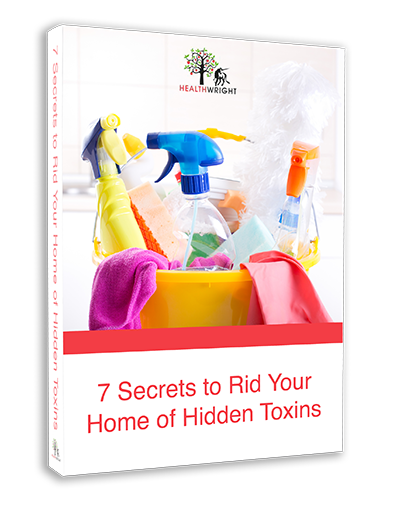 FREE eBook! 7 Secrets to Rid Your Home of Hidden Toxins

Do you have a sick home? What if the foods, the air and your home were making you sick? Learn how these invisible toxins may be costing you your health with these steps to healing your home blueprint!

You have Successfully Subscribed!